The screen identified 88 binding events in the four sites of known biological interest (along with the usual artefactual hits that bind to the surface and crystal contacts): 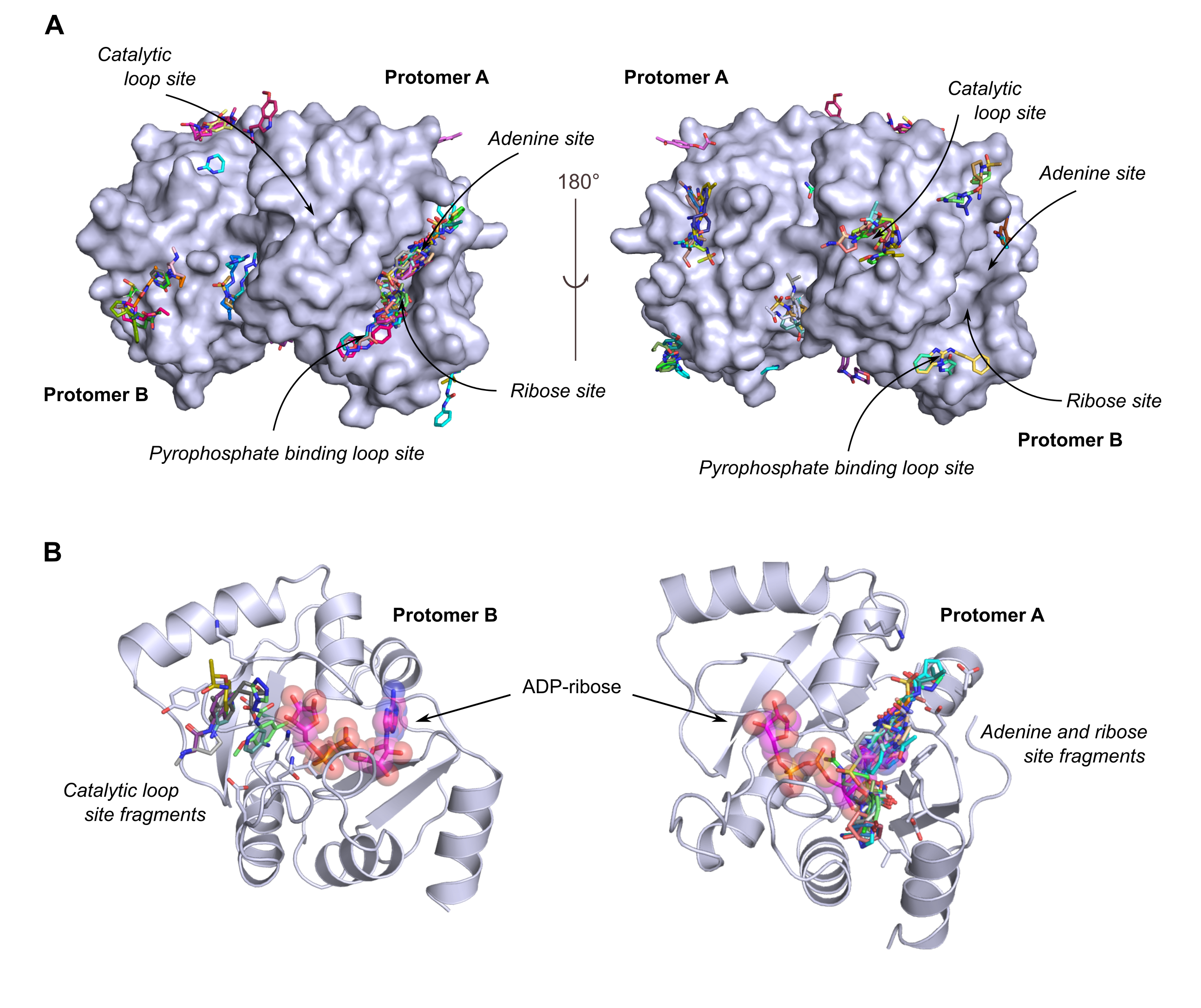 Figure 2. SARS-CoV-2 Nsp3 macrodomain fragment hits. (A) Fragment hits were identified at  different sites around the macrodomain crystallographic dimer. Of particular interest are fragments binding to site 1 as being the adenine binding site of the natural ligand ADP-ribose and fragments binding to site 4 as being the substrate binding site which enables macrodomain interactions with ADP-ribosylated host proteins. The macrodomain is shown in surface representation and the fragments as atom-coloured stick model. (B) Overlay of fragments targeting the adenine (right) and substrate (left) binding site of the Nsp3 macrodomain. The natural ligand ADP-ribose in stick/sphere representation was superimposed to the selected structures.