Beamline I15 is dedicated to X-ray powder diffraction experiments at extreme pressures and temperatures. Research topics include fundamental Physics and Chemistry, Earth and Planetary Science as well as Materials Science and Engineering.

The beamline provides monochromatic high-energy X-rays from 20 to 80 keV. These X-rays focussed and collimated down to ≤20 µm can penetrate into complex sample assemblies permitting detailed mapping of structural order or disorder, chemical fingerprinting or structure determination. 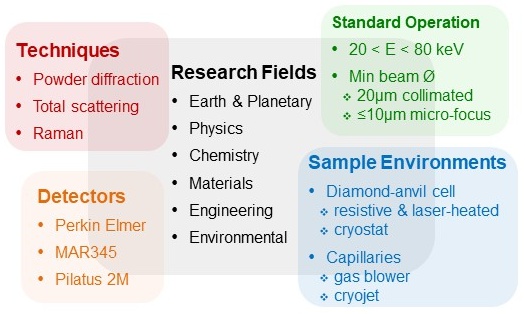 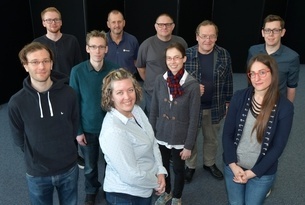 Following the second compressor failure in August, four new compressors were ordered so that all of them could be replaced, and leave a spare. These arrived in Oct and means that we have effectively completely replaced the He cooling system with new compressors and refurbished coolers on the superconducting magnet. However the company has now told us that one of the refurbished cold heads has failed, and even though we ordered spare parts for these back in August they cannot deliver until late November. We have pursued every option possible at this time, but the company are unable fix it in time for the run starting next week. We are thus having to cancel all beamtime during Nov and Dec. Beamtime scheduled for Jan through March will remain scheduled assuming the latest repairs planned in Dec are completed with no further issues. We are deeply disappointed that these problems have not been resolved despite vigorous and continuous engagement with the company. We are continuing to strive to fix the situation as soon as possible and are reconsidering our long-term options.

NEW policy about the provision of diamond-anvil cells (DACs)

We have changed our DAC policy and split it into DAC loaning only and DAC loaning + sample loading. Please familiarize yourself with the details under the DAC Policy tab here. 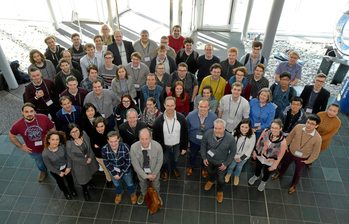 We still hope to have the wiggler running by the restart in January, so this is only about the next call for proposals and NOT cancelling any of the experiments currently scheduled for January and February. In the last update regarding new proposals we had suggested we would open the system in December but now wish to wait.

We have decided to hold off the opening of a call for proposals due to the continuing issues of the wiggler repair, it’s move back into the storage ring and the need to reschedule cancelled experiments from AP26 into the AP27 period. With more parts due to arrive in November, and visits scheduled from both the cooling system and wiggler manufacturers before Christmas we remain optimistic that operations will resume in January, but of course cannot yet be certain. Rather than have users submit proposals with this uncertainty we will reassess the situation in late January and decide the best course of action at that time. We will then update the web site and send out an email to all registered users.

We continue to be disappointed with these delays and wish to reassure users that Diamond Staff are doing all that they can to resolve the issue through vigorous and continous engagement with the external suppliers, as well as considering long-term options going forward

I15 has acquired a micromanipulator 'Axis Pro' from MicroSupport Co. It is now available to users. Watch this video from MicroSupport to see the loading of a diamond-anvil cell with the Axis Pro. It is amazing!! 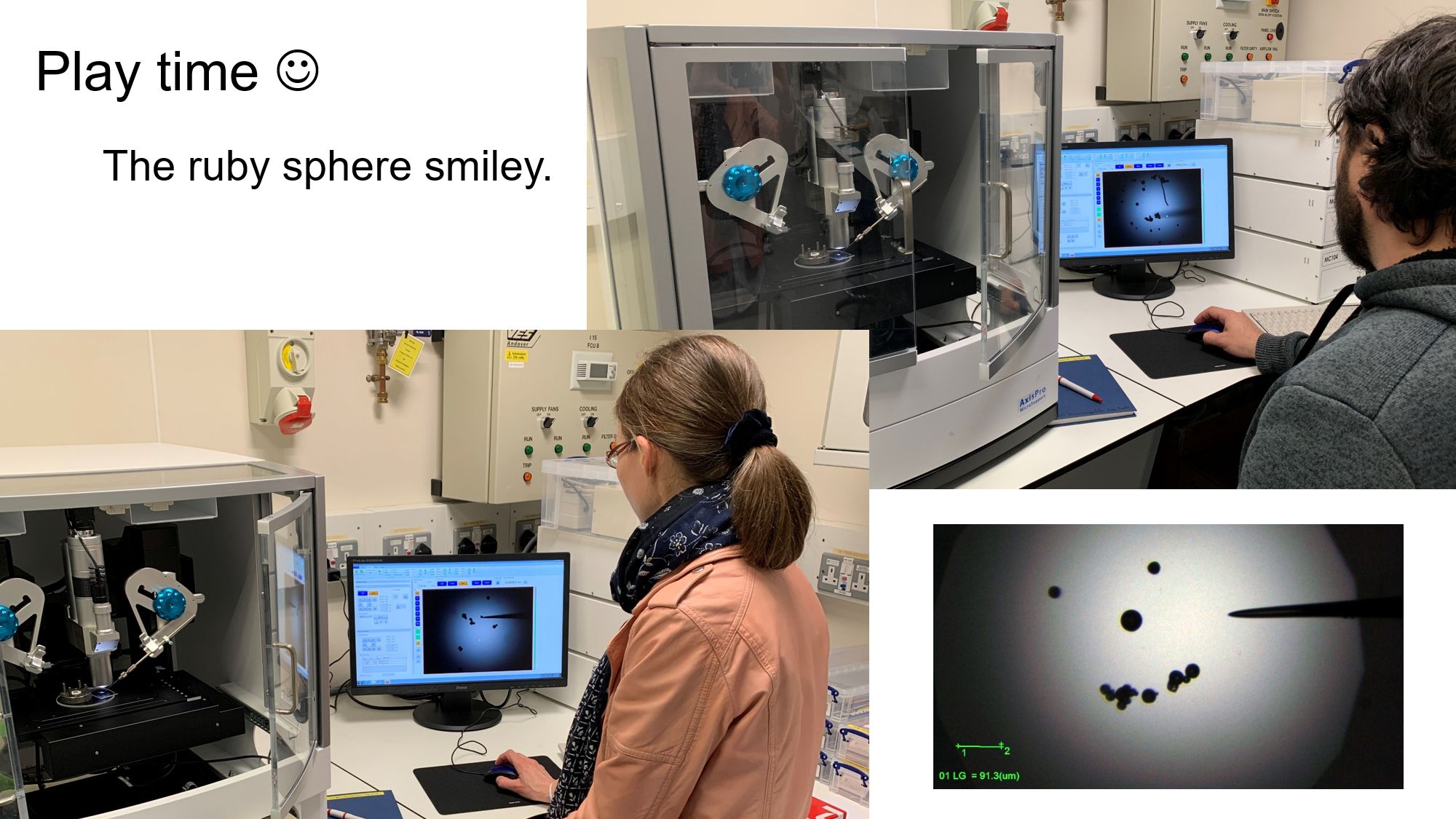 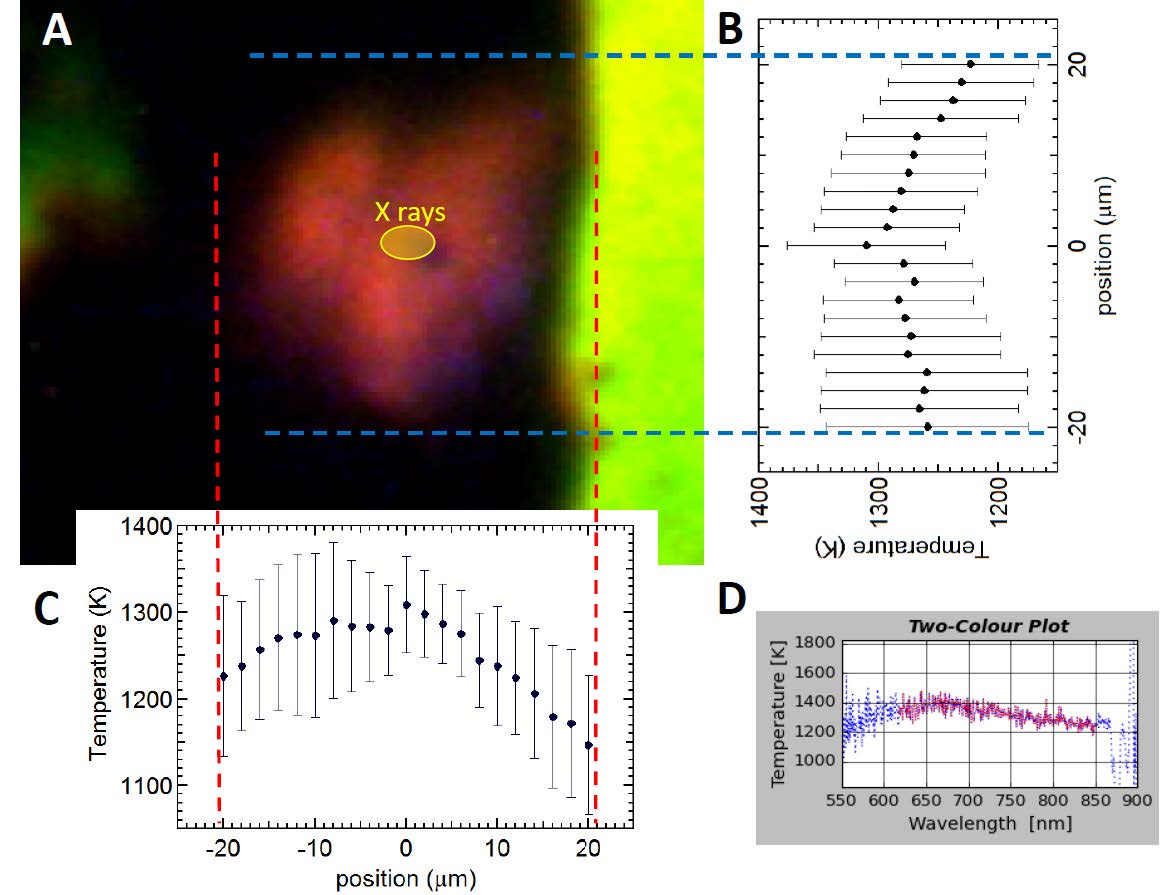