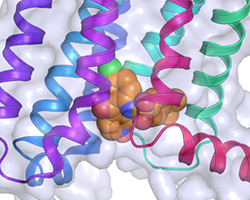 A suspected intracellular binding site found on some G protein-coupled receptors (GPCRs) has been confirmed by ground-breaking research conducted at Diamond Light Source. The landmark discovery was made by scientists at the leading biotech firm, Heptares Therapeutics, and the details of their work have been recently published in Nature.

Chemokine receptors are a class of GPCRs that aid with immune defence by mediating the migration, activation, and survival of immune cells. They also have a role in viral entry, tumour growth, and metastasis, and as such, have received significant attention from the pharmaceutical industry. Although over 50 small-molecule drugs have entered clinical development, only two compounds have received a licence: maraviroc, which targets CCR5 for the treatment of HIV infection, and plerixafor, which targets CXCR4 to treat lymphoma and multiple myeloma.

It is believed that the high failure rate of agents targeting chemokine receptors could be down to the limited structural information available, so the Heptares team set out to address this issue. A GPCR known as CC chemokine receptor type 9 (CCR9) was studied bound with its antagonist, vercirnon, at the Microfocus Macromolecular Crystallography beamline (I24). Previous research1 had hinted at an intracellular binding pocket within some chemokine receptors, but the Heptares team were able to verify this unusual site for the first time with the aid of the synchrotron. Never before had a ligand been observed bound to this intracellular site. 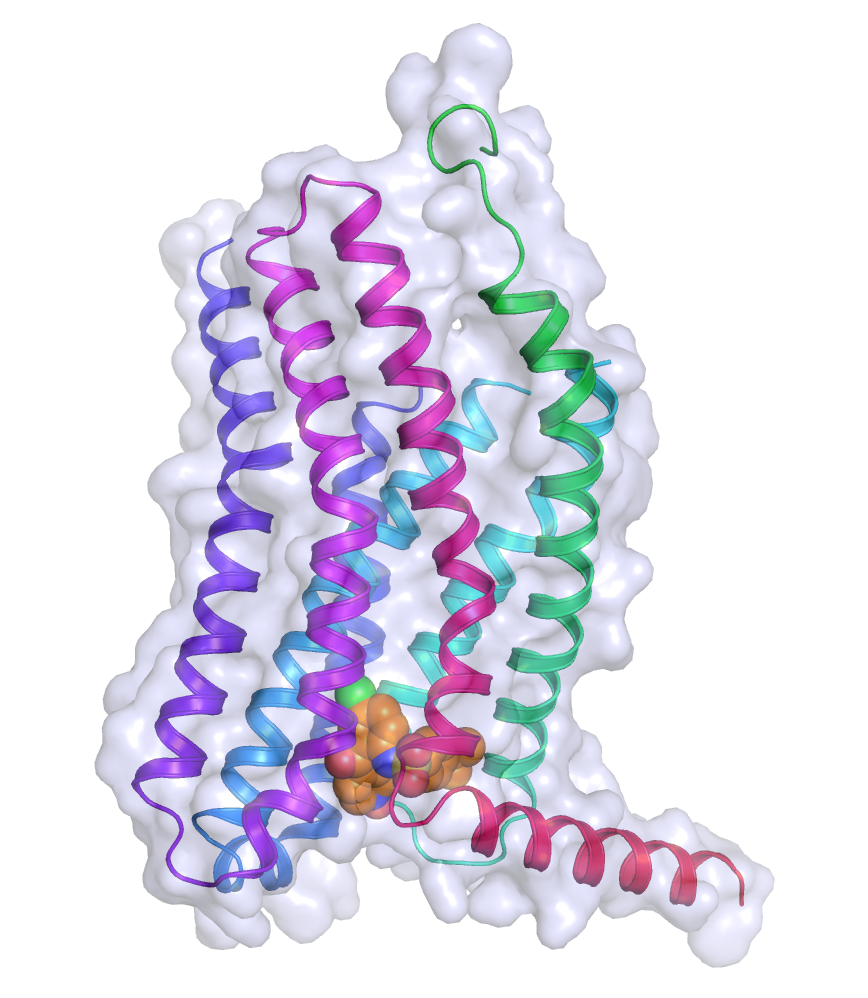 Selective antagonist
CCR9 is a key player in the recruitment of leukocytes to the gut and is therefore a potential therapeutic target for inflammatory bowel disease. A selective antagonist to CCR9 was developed, but unfortunately exhibited limited efficacy during phase 3 clinical trials in Crohn’s disease and the vercirnon compound failed to progress any further.

Scientists at Heptares Therapeutics, a biotech company based in Welwyn Garden City wanted to study the relationship between vercirnon and CCR9 to understand how they interacted. It had long-been suspected that some GPCRs possess an intracellular binding site for compounds, but never before had the site been visualised.

Thermostabilised
GPCRs are a class of membrane-bound proteins, which are notoriously difficult to crystallise. The team at Heptares cleverly overcame this issue by producing a thermostabilised version of the receptor, known as a StaR®. The technique, devised by scientists at Heptares, introduces a small number of mutations into the protein to facilitate handling and crystallisation.

Dr Robert Cooke, Head of the Biomolecular Structure department at Heptares, further explained this approach: “The mutations we introduce do two things: firstly they stabilise the protein so that you can take it out of the cell membrane and treat it in some degree like a soluble protein and crystallise it; secondly they can hold the receptor in a particular conformation state.”

Intracellular
The team stabilised CCR9 in a conformation that recognised vercirnon and the crystal structure was solved to a resolution of 2.8 Å on Diamond’s I24 beamline, with data from individual crystals integrated with XDS and merged and scaled using CCP4’s AIMLESS program. Dr Cooke described what they observed: “Most ligands for GPCRs bind towards the external part of the receptor, but vercirnon bound to an intracellular portion of the receptor. This is the first time anyone has been able to see a ligand binding to this allosteric site on the intracellular face of the receptor.” He further explained the relevance of this finding: “This discovery may explain why people have struggled to find good ligands for these receptors. A ligand has to pass through the cell membrane to reach the binding site and then bind with high affinity, so you might need an unusual combination of properties in a potential therapeutic compound”.

By occupying the intracellular binding pocket, vercirnon does not directly block the chemokine binding site. Instead, it is believed that vercirnon binding to the intracellular site blocks the binding of downstream signalling molecules, to essentially silence the receptor.

This work has provided the first detailed view of a small molecule bound on the intracellular surface of a GPCR. This remarkable finding offers a new way of looking at modulators of CCR9 and could provide an opportunity via structure-based drug design to efficiently fine-tune an antagonist to this newly-identified site.

The team strongly suspect other chemokine receptors, and possibly other classes of GPCRs, also possess this intracellular binding site, so further imaging work is planned across a range of other receptors using the StaR® methodology.

Would you like to know more about Beamline I24 and how you can use it for your research? Do you perhaps have a structural problem that you are unable to solve in your lab or a material you wish to find out more about? Then please get in touch with the Industrial Liaison Team at Diamond.
The Industrial Liaison team at Diamond is a group of professional, experienced scientists with a diverse range of expertise, dedicated to helping scientists and researchers from industry access the facilities at Diamond. We’re all specialists in different techniques and have a diverse range of backgrounds so we’re able to provide a multi-disciplinary approach to solving your research problems. We offer services ranging from full service; a bespoke experimental design, data collection, data analysis and reporting service through to providing facilities for you to conduct your own experiments.