​Our first "poised" library was called DSPL ("Diamond-SGC Poised Library"), and the design principle is to allow rapid, cheap follow-up synthesis to provide quick SAR data.  Poised fragments contain at least one functional group which can be synthesised using a robust, well-characterised reaction. Reactions include amide couplings, Suzuki-type aryl-aryl couplings and reductive aminations. The library was designed by analysing all of commercially available fragment space for poised-ness and selecting a chemically diverse subset.

A second iteration of the library was generated in late 2017 and called DSiP ("Diamond-SGC-iNEXT Poised library") which is aligned with the availability of compounds in Enamine REAL Database. Since then it is possible for anybody to order a copy by contacting Enamine directly and mention "DSI-poised" and Diamond/XChem.

Composition of the current DSiP plates in use at XChem.

Validation of the DSPL was ppublished in Chemical Sciences: for one challenging target, the second bromodomain of PHIP, the first ever reported hits were obtained by XChem screening; two hits were poised and were followed up accordingly, yielding compounds with improved potency in the sub-100uM range and showing good ligand efficiency - and of course detailed structural data. 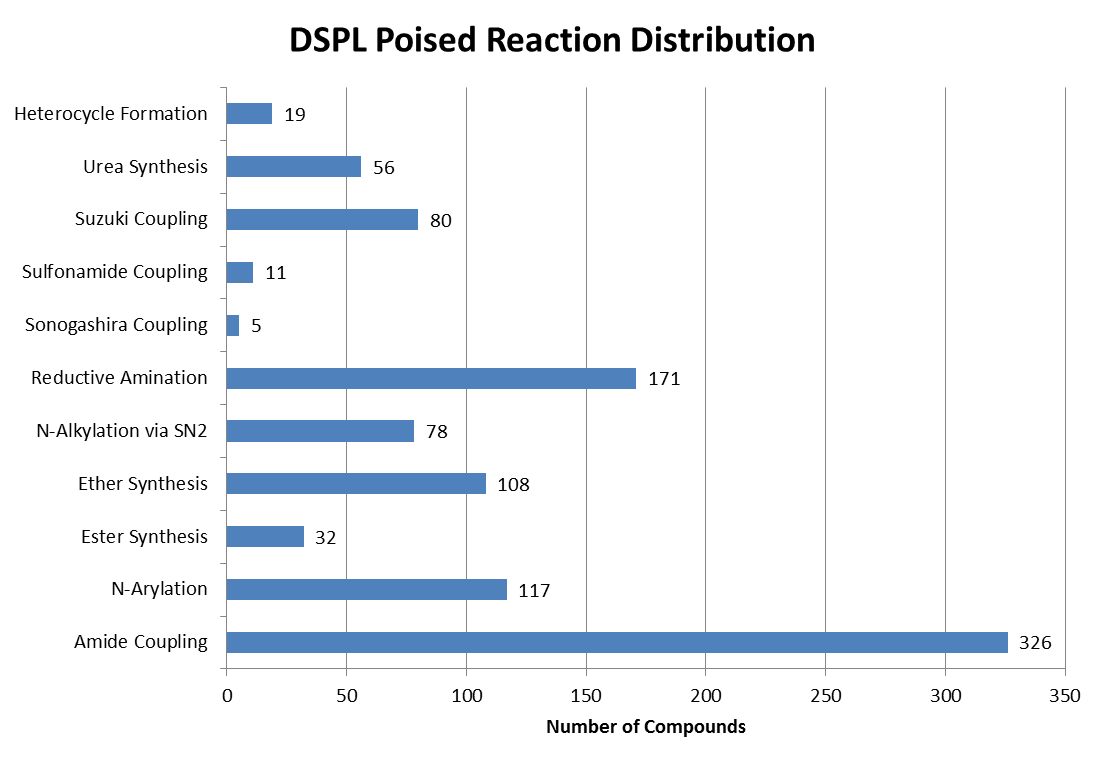 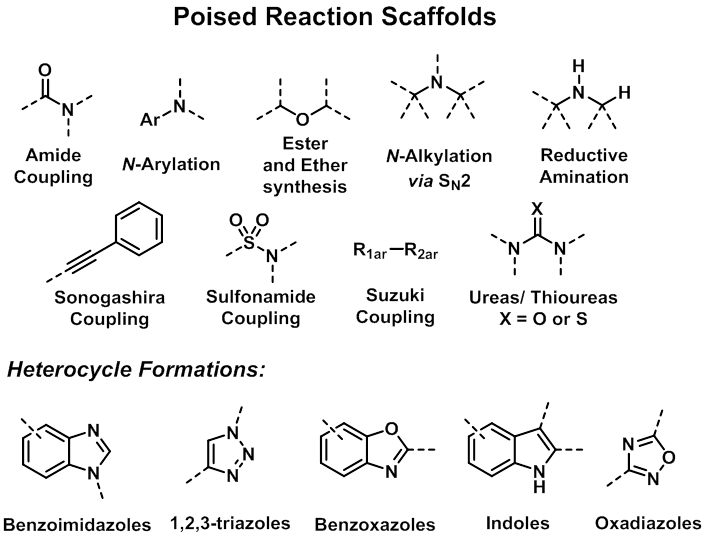 The QC information performed by Enamine is captured in these files:

The original Diamond-SGC Poised Library (DSPL) has been replaced by a second generation poised library: DSiP provided by the chemical supplier, Enamine. It is also available to purchase in a screening format. The same criteria were applied for the design of this new library 2/3 of the fragments are different from the DSPL. For previous users, see below the files attached that will help you sort compounds (un)availability in the new DSiP set. One of the main advantage is that all the compounds are available to purchase with Enamine as well as closely related compounds for a quick SAR.