Examining the crystallisation during additive biomanufacturing

A research group from the University of Manchester has used wide-angle X-ray diffraction (XRD) in one of the first studies to investigate the evolution of crystallinity and crystal orientation in polycaprolactone (PCL) during 3D printing.

The team has developed a new extrusion-based printing machine, the Plasma-assisted Bioextrusion System (PABS). Extrusion-based techniques are widely used due to their versatility and simplicity, and their ability to print a range of materials in a cell-friendly environment, with high precision. PABS uses a novel approach for biomanufacturing and tissue engineering, combining screw-assisted extrusion, pressure-assisted extrusion and plasma jetting.

Additive biomanufacturing is one of a number of techniques used for regenerative medicine, which aims to repair, regenerate or replace damaged cells, tissues and organs. Tissue engineering often uses a scaffold-based approach, in which a 3D, biocompatible, biodegradable and porous structure provides a substrate for cell growth.

PCL is one of the most commonly used synthetic polymers for tissue engineering, due to characteristics that include biocompatibility, long-term biodegradability, a low melting temperature and thermal stability. For biomanufacturing the crystallinity and crystal orientation of synthetic polymers are crucial as they can affect the properties of the scaffold, and hence affect cell growth. An understanding of the development of microstructure during extrusion-based printing processes is essential to fine-tuning the properties of 3D-printed scaffolds, but the effects of fabrication processing parameters on the degree of crystallinity, crystallite size and crystal orientation of the polymers have not been widely researched. 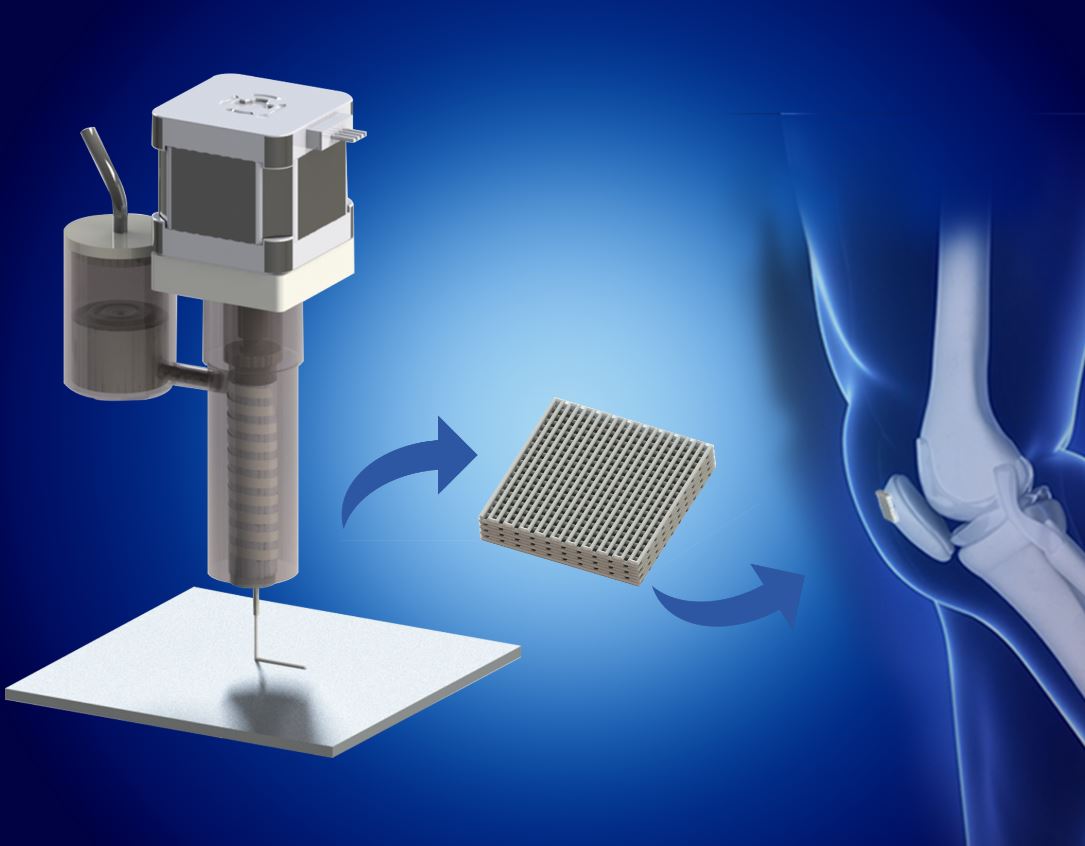 Figure 1: Conceptual material transition from extrusion-based filament printing to the partial replacement of a knee joint via 3D scaffolding. (Credit: Fengyuan Liu, Wajira Mirihanage, Paulo Bartolo, Medical Engineering Research Centre, the University of Manchester).
In this study, the research team lead by Prof. Bartolo and Dr Mirihanage, brought PABS to the B16 beamline for in situ time-resolved XRD of PCL during screw-assisted extrusion. XRD patterns of the moving volume were collected at multiple positions within the nozzle, and the evolution of the XRD patterns reflects the crystal structural changes that PCL undergoes during the printing process.
Professor Paulo Bartolo, Chair in Advanced Manufacturing at the University of Manchester explains that “ex situ optical microscopy of the PCL pellets and the printed filaments did not show any preference in crystal orientation, indicating the importance of in situ investigations through wide-angle XRD to perceive how oriented crystal arrangements evolve during the extrusion process.”
The results suggest that the shear field generated during printing enhances the formation of oriented crystals and that rapid undercooling, with a relatively high temperature gradient within the nozzle, appears to be the dominant influencing factor in crystallisation in this case. The study provides strong evidence for the development of strong directionality of PCL crystals during the printing process, and evidence for the realisation of anisotropic structural features, which is an important step towards mimicking the anisotropic properties and hierarchical structures of biological materials.