Like Santa’s workshop, synchrotron beamlines are busy places. Users are allocated slices of beamtime – usually a few hours, at most two weeks – and technological advances in instrumentation, detection, computing, automation and remote access are all moving us towards high throughput regimes. Increased speed and efficiency are the name of the day, and the results are clearly seen in the high impact and productivity of this way of working. 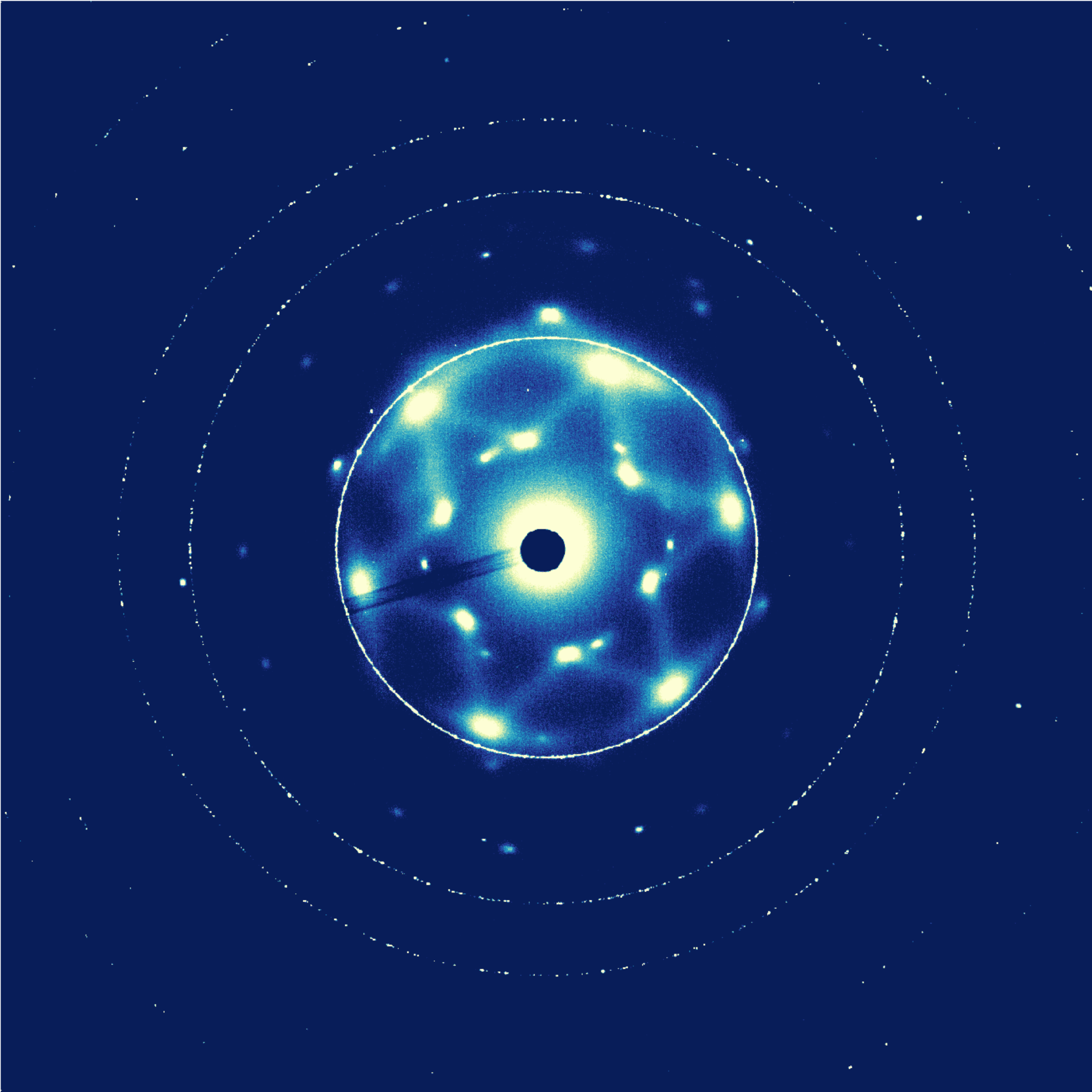 However, not all research can be accomplished on short timescales. There’s a whole range of experiments that benefit from taking a lengthy approach, from long-term corrosion studies to simulations of geological processes. Since 2014 Diamond has been home to a unique facility that caters to these more long-term research projects, the Long Duration Experiment (LDE) on the I11 beamline.

At the LDE, experiments check in for months… or years. Multiple experiments are on the go at once, quietly corroding, ageing, growing or reacting on their own terms, and automatically inserted into the beamline for regular measurements. In July this year the first experiment to arrive at the LDE celebrated 1000 days at the facility.

Another long-term LDE experiment has provided Diamond’s Christmas image this year. It’s examining the slow in situ precipitation of meridianiite, a hydrated magnesium sulfate mineral. Meridianiite is named for Meridiani Planum. In 2007 the Mars rover Opportunity observed crystal moulds in the sedimentary rock there, and these are thought to be caused by minerals that have since dehydrated or dissolved. Researchers investigating whether Mars once harboured life are very interested in the planet’s hydrological history, and want to know how much water remains on the surface of Mars and how it is being held – for example, in hydrated minerals such as meridianiite.

Meridianiite occurs on Earth, in rare and icy locations such as glaciers, but is believed to be widespread on Mars. The LDE has been used to conduct an exploratory study of the formation of the mineral as part of a wider collaborative study between Diamond, Bangor University and Keele University into the precipitation of minerals from freezing sea water. The study includes model samples of ocean waters from Earth, Europa and Mars. A detailed report of the results of this long-term study will be published in due course, but it showed a relatively quick uptake of water as the mineral formed could help to explain why we don’t see long-standing bodies of water on Mars.

In the meantime, the researchers have given the LDE a well-deserved gold star. This beautiful image shows the diffuse X-ray scattering caused by the formation of ice crystals as the sulphate mineral precipitates out of the sulphate-rich solution, placed inside one of the chambers of a specially-designed cold cell to study the slow-motion formation of minerals left behind by the ancient oceans of Mars.