How it Works: XFEL 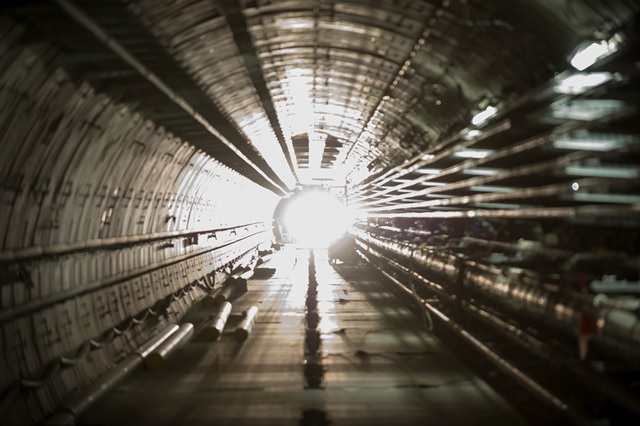 If you’ve never heard of XFELs then get ready for that to change. X-ray Free Electron Lasers – to use their full name – are the next big thing in scientific technology and they are reshaping the way we approach some of the world’s most challenging experiments.

XFELs are like a cross between an X-ray microscope and a laser. They work by producing very intense pulses of light at an astonishingly fast rate – we’re talking between hundreds and tens of thousands of light pulses each second.
This allows scientists to study matter in intense detail and observe reactions that take place in just a fraction of a second,  opening up a whole new world of atomic-level exploration.
Between synchrotrons and XFELs, we can now create better medicines, technology and engineering, purely by unpicking the complexity of the atomic and molecular world.

XFELs are used to study some of the most challenging and complex matter there is. This means viruses, smart materials, electronics and biomolecules that have been virtually impossible to fully study in the past.

XFELs produce extremely bright light which perfectly complements the light produced at synchrotrons like Diamond. And they both work in a similar way. In the XFEL, electrons are generated and accelerated to increase their energy. But instead of speeding round a ring, like at Diamond, they are shot down a straight line.

And this line is very, very long: in fact, the European XFEL is over 3 kilometres, stretching from Hamburg to the neighbouring town of Schenefeld.
The electrons are clustered into ‘microbunches’: short, powerful pulses of energy. They then emit X-rays, which hit the target sample  hundreds or thousands of times a second. This allows us to see the very quick movements of atoms and molecules, viewing lightning-fast processes like a sub-microscopic movie.
XFELs complement the research done at synchrotrons because they allow scientists to explore matter that often can’t be studied in traditional ways.
At XFELs, scientists can study ‘nanocrystals’ – tiny, poor quality crystallised samples – and still learn a great deal about how materials like viruses and environmental matter are formed on the atomic and molecular level. The perfect partner to synchrotron technology, XFELs are helping us to probe deeper and uncover more than ever before.
The History
The first Free Electron Lasers were built in the 1970s. They worked in a similar way to XFELs but with one major difference: they couldn’t produce X-ray light. Limited to infrared, visible and ultraviolet, these lasers just couldn’t achieve the same level of atomic detail that we see on XFELs today.
For years, a functional X-ray laser was all but a dream. But that all changed in the early 21st century. In 2009, the world’s first XFEL came online in Stanford, USA. Right up until the day it was completed, people weren’t entirely sure it would work.
But as history would have it, the XFEL was a huge success, delivering unprecedented detail and insights into reactions on the atomic scale. In 2011, Japan completed its own machine and the European XFEL is soon to come online. Korea and Switzerland have a further two currently in construction.
This rapid growth in popularity demonstrates how far XFEL technology has pushed the frontiers of scientific enquiry – as a result, scientists around the world are clamouring to exploit its capabilities.

UK-XFEL Hub at Diamond
With the new European XFEL at Hamburg soon due, Diamond will host a UK-XFEL hub that will allow biological scientists to prepare samples, receive training in XFEL usage, and analyse data gained from experiments on the Hamburg machine.
In the future, XFEL science will continue accelerating at a rapid rate, and the UK XFEL hub at Diamond will ensure that scientists remain at the forefront of this growing field.
There are so many cross-overs between XFEL and synchrotron science – together, these two technologies can revolutionise our understanding of the atomic world and push the boundaries of scientific exploration ever further.