100 years on and general relativity has changed the world, but how does it work? 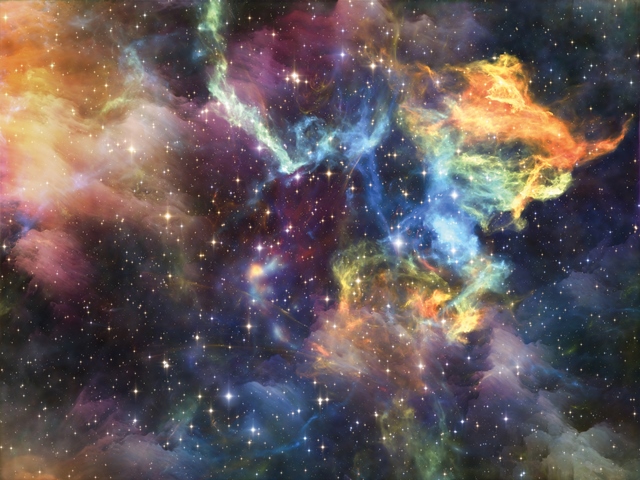 When a young Albert Einstein published his theory of general relativity back in 1915, not many people could have estimated the impact it would have. Relativity has changed our understanding of the universe that surrounds us, providing new ways of exploring the fundamental physics that governs our world.
As significant as relativity is, it’s not immediately easy to follow. But although it may seem abstract and removed, relativity actually impacts on our lives in profound and far-reaching ways.
It has allowed us to better understand and explore space, and back on Earth it supports the technology behind many discoveries: from GPS to nuclear power, from smart phones to synchrotrons like Diamond, many of the innovations we take for granted have their roots in Einstein’s theory.
So how does relativity work?
Well it’s actually made up of two separate theories. The first, special relativity, was published in 1905 to great ambivalence. Why did it generate this response? Because special relativity turned much of what we thought we knew about the world on its head.
Before Einstein’s revelation, it was generally accepted that time moved at a constant pace. No matter how fast an object is moving, the nature of seconds, minutes and hours remains the same. But Einstein posited that time is actually fluid, and that it varies depending on how fast an object is moving.

The actual constant, Einstein argued, was the speed of light.
Light moves at 186,000 miles per second in a vacuum no matter what, whilst time elapses at different rates relative to the speed at which an object moves through space. For objects moving very fast, time actually slows down.

This revelation shook the very foundations of physics, but it didn’t end there. A few years later, Einstein would produce the next piece of the puzzle: and this time it was all about gravity.
General relativity was the cherry on top of Einstein’s theory. It answered a centuries old question: how exactly does gravity work?
When Isaac Newton was supposedly bopped on the head by an apple back in the mid-1600s, it led him to the revolutionary theory of gravity. Newton identified that gravity existed and postulated its effects, but he couldn’t say exactly what caused it.
The answer wouldn’t come until centuries later, and it was Einstein’s theory of general relativity that finally cracked the code. He posited that, because space and time were fluid and changeable, they could be warped by massive objects.
Picture a bowling ball in the middle of a trampoline. Because it’s so heavy, it warps the fabric, pulling any objects on the outside into the centre. Gravity works in much the same way. Massive objects like Earth distort the fabric of space and time pulling matter – including time and light – inwards. 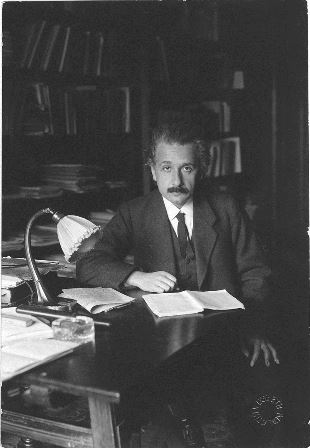 Albert Einstein in his office (Berlin, 1920)

As with many scientific theories, relativity is not easy to conclusively prove. But all of the evidence suggests Einstein was absolutely right. Clocks on the top of skyscrapers run just that tiny bit faster than clocks at the bottom because they’re further from the centre of the Earth and so spacetime is less warped.

In a phenomenon known as ‘gravitational lensing’, telescopic images of space sometimes show objects like galaxies as misshapen and distorted. That’s because the mass of other galaxies surrounding them warp spacetime, meaning that the image we get looks curved.

But one of the most significant pieces of evidence for general relativity was only announced in 2016 – more than 100 years after the theory was first published. That evidence comes in the form of something called ‘gravitational waves’.
Now if we think of space and time as a fabric, like the surface of a trampoline, massive events – like the collision of black holes – are going to create ripples in the fabric. If Einstein’s theory was right, we should be able to detect these waves: but we’d never quite managed it – until now.
In early 2016, scientists announced that they had used a giant laser known as LIGO (the Laser Interferometer Gravitational-Wave Observatory) to identify gravitational waves by pinpointing sub-atomic expansions and contractions as the ripples passed through spacetime.
LIGO works like a supremely powerful ruler: it bounces a laser beam back and forth between two mirrors placed 4km apart and measures the length of time the laser takes to make this journey.
Gravitational waves cause everything to change position, so if the laser beam moves out of synch then scientists know that a gravitational wave has rippled through its path, causing a sub-atomic shift.
The detection of gravitational waves is the piece de resistance of Einstein’s theory. Scientists have already used relativity to postulate the Big Bang and the expansion of the universe.
Relativity has helped us to theorise that 95% of the universe is made up of dark energy and dark matter.  It’s even linked to machines like synchrotrons, which exploit electrons travelling at almost the speed of light.
Relativity has already given us so much. But now that we can detect gravitational waves, we can probe even deeper. We’re now able to study cosmic events like black holes and neutron stars in a level of detail that was previously unimaginable.
Just over a century on from its inception and Einstein’s relativity has fundamentally redefined our understanding of the universe. But Einstein’s greatest legacy is not just his revolutionary theories. His work inspired the many thousands of scientists that came after him to look further and to try and see things differently.
So physicists must continue probing, exploring and thinking: after all, from the cosmos to the quantum world, there’s still so much left to discover.