Towards a Hydrogen-Powered Future

The scientific advances bringing us closer to a hydrogen economy

Back in 1896, a Swedish scientist named Svante Arrhenius theorised that humanity’s increased use of fossil fuels and the subsequent release of carbon dioxide into the atmosphere could lead to a ‘hot-house effect’ and the gradual warming of the earth.

Over a century later and the theory has become a reality. We’re now seeing the impact of global warming on international weather patterns, resources, infrastructure and communities. It’s clear that we have to reduce our fossil fuel dependence, and that need is now more pressing than scientists like Arrhenius could have ever imagined.
Many ingenious approaches are currently being explored by scientists around the globe – from high-capacity battery devices, to flexible solar paint.
If you’re trying to cut down usage of scarce fossil fuel resources, then it makes sense to replace them with one of the most common elements on Earth’s surface.

Hydrogen is a promising renewable resource and is found in many chemical compounds, including water (hence H2O). When it burns, hydrogen doesn’t produce the hot-house gas, CO2.
And so, if we can learn to properly exploit it, then the abundance of hydrogen could make it a powerful source of renewable energy.
We can produce hydrogen from a number of different sources, including biomass, alcohol and even water. And once we have it, we can convert it into energy – indeed, hydrogen produces more energy per pound of fuel than most traditional sources.
In the future, hydrogen could be used to power transport, heat our homes, or store energy like a battery for later use.  And what’s more, the only by-product released from hydrogen energy production is water – no more carbon dioxide polluting the atmosphere and warming the Earth.
But hydrogen is no magic bullet. We still have huge hurdles to overcome in producing, storing and converting hydrogen into energy. 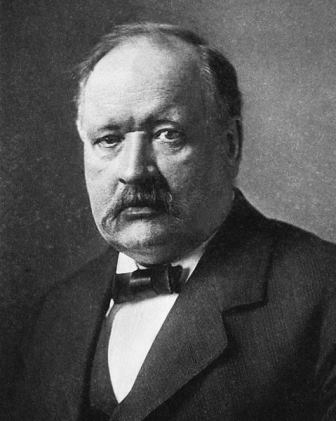 Svante Arrhenius, Swedish scientist
We can trigger hydrogen conversion using something called a ‘fuel cell’. Placed inside a car or within any other hydrogen-fuelled system, a fuel cell engenders a chemical reaction in which hydrogen atoms are deconstructed and combined with oxygen atoms to produce electricity and water. The water is then discarded and the electricity is used to power the system.
But this process can be expensive and difficult. We currently use platinum in our fuel cells to support the chemical reaction: but platinum is particularly costly. And for the reaction to work, the fuel cell must be kept at high temperatures. If we want a feasible hydrogen-economy, we need to make this resource easier to use.
Scientists using Diamond recently made a major step forward in uncovering new ways of converting hydrogen.
They scrutinised a naturally-occurring enzyme named ‘hydrogenase’ that has evolved an astonishing ability to deconstruct hydrogen, mimicking the reaction that takes place in a platinum fuel cell. However, it does this using common metals and at room temperature.
With the help of intense synchrotron light, the group from the Universities of Oxford and Dundee and the Research Complex at Harwell were able to pinpoint individual atoms inside hydrogenase that are involved in the hydrogen conversion process, thus unravelling the mystery of how it works.
They discovered that the enzyme uses a reaction between two very common elements: nickel and iron, and a single nitrogen atom.
Project leader, Professor Simon Phillips, explains the complex atomic reactions behind the hydrogenase conversion process: “The nickel and iron atoms are strongly drawn to the nitrogen atom and want to join with it, but the molecular make up of hydrogenase keeps them apart.
“This creates a strong pull between the metals and the nitrogen atom, and if a hydrogen molecule gets caught between them, it gets torn apart into two individual hydrogen atoms. This generates a flow of electricity – just like in manmade fuel cells”.
Now that we know the exact combination of atoms involved in this process, scientists can look at replacing the expensive platinum currently used in hydrogen fuel cells and switch to affordable and abundant nickel and iron. This would make the production of energy from hydrogen easier and cheaper than ever before.
The next stage will be for the group to try and observe the hydrogenase converting hydrogen in real time – like a molecular movie. With more research on the behaviour and capabilities of hydrogenase, it may eventually be possible to harness the enzyme’s power to support hydrogen energy production on a wider scale.
There’s still a way to go before we have a truly viable hydrogen economy. Issues with hydrogen production, storage and conversion all need to be addressed before it can become a widespread source of renewable energy. But thanks to the work of scientists around the globe, we are pushing forwards.
There is no doubt that we can create a greener planet, but we must consider even the tiniest components of matter, for it is these sub-microscopic particles that govern the fundamental processes taking place all around us.
So let’s not underestimate the humble hydrogen molecule: hundreds of thousands of times smaller than the width of a human hair, and yet poised to reshape the world.