Find out how I04-1 was used to study the T-cells in our Diamond News highlightRead More.

How it Works: Small Angle Scattering 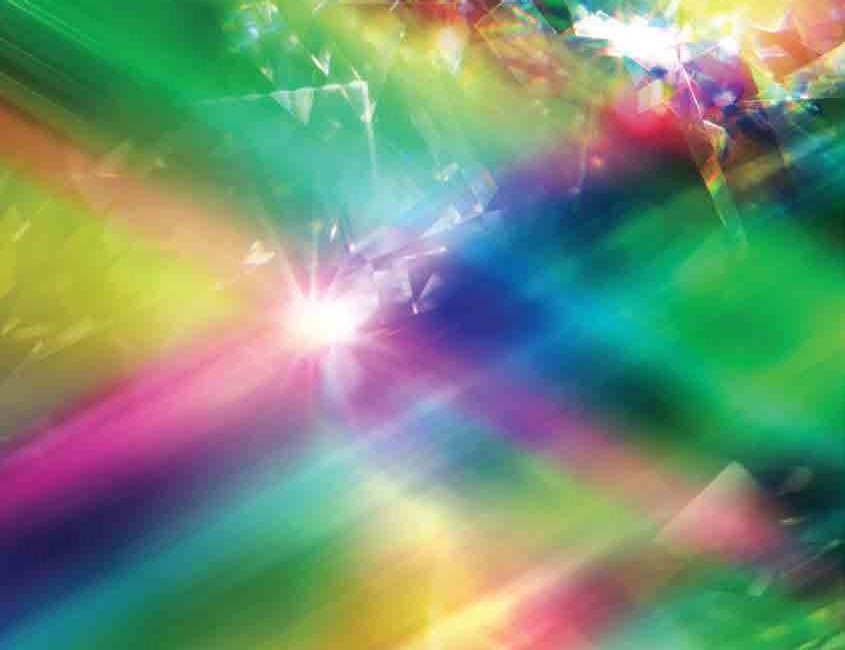 Despite being a cutting-edge technique, the concepts behind scattering are actually fairly simple to grasp. Everything that we see is the result of light bouncing off objects. And if we use the right wavelength, then particles from that light scatter off much smaller components within objects, so we can learn more about an object’s microscopic structure. It's really quite straightforward, but scattering is a powerful technique and an essential tool for helping scientists to explore the hidden world that, for most of us, remains just out of sight.

We can't see cells, bacteria, and molecules with the naked eye because the wavelength of visible light is relatively large compared with these objects. Some basic principles: light moves like a wave, and so it only catches objects that fall within the path of the wave. If an object is smaller than the length between of one wave then it gets lost.
X-ray photons and neutrons both have very short wavelengths, so they will scatter off very small objects, like molecules. The angles at which the light scatters are very small – hence the name 'small angle scattering' (SAS); so scientists need powerful machines capable of both producing intense , well collimated forms of light and measuring very small changes in the direction of that light.
The angles may be small, but SAS experiments can uncover huge amounts of information. From determining the shape and density of molecules in a sample, to exploring the behaviour and chemical composition of materials, SAS can reveal a whole lot.
But that’s not all; it’s the samples SAS can study that make it really cool. The technique works well on ‘disordered systems’, where the arrangement of atoms is random. Other techniques involve freezing or modifying samples so that the atoms line up in an ordered way, but SAS doesn’t need much order to produce information.
This makes it very quick and easy to use – SAS doesn’t require much in the way of sample preparation. It also means that it can be used to study some really interesting samples. Liquids, gels, and all sorts of other gooey stuff can all be studied with the technique. From mud to rubber, SAS allows scientists to get stuck in to all sorts of messy samples and still garner valuable structural information.
And if you weren’t yet convinced, SAS has some other really interesting properties. It's usually non-destructive, so samples remain intact. It’s also a great all-rounder; useful in many fields, from archaeology to nanotechnology. And although it produces quite low-resolution images of the samples it targets, SAS can pick up more at once, so it’s perfect for macromolecules or big complex systems. For what it offers in convenience, breadth, and unique insight, there’s no doubt about it: SAS is pretty darn cool.

SAS has its origins in 1930’s France. In the midst of the Great Depression, André Guinier was busy at work trying to determine the relationship between particles’ size and the intensity with which they scatter light. The equation he came up with, known as Guinier’s Law, opened up an entirely new way of studying the microscopic nature of matter.
SAS exploded onto the scene and, over the next 50 years, the technique grew as advancements in light-producing technology made it even more effective. But the biggest boost to SAS came towards the end of the 20th century. With the advent of powerful X-ray and neutron sources like synchrotrons and other particle accelerators, scientists had access to radiation that was much more powerful and detectors that could pick up very subtle changes in particle direction. Better equipment created clearer scattering patterns, and these advancements led to what we have today: a vital tool for scientific research.

As X-rays are shone onto samples, the photons scatter clearly, even from nanosize particles in objects. That’s why scattering experiments at the synchrotron are referred to as SAXS, or ‘small angle X-ray scattering’. Diamond has many beamlines that support SAXS studies, and two entire beamlines dedicated to these experiments. Each year, I22 and B21 welcome hundreds of scientists who are keen to use the powerful synchrotron light for SAXS.

At Diamond, the technique is currently being applies to a range of areas. Researchers are looking into advanced polymers that may help to create flexible solar cells that can be painted onto windows and glass. SAXS is also being used to explore the origins of life on Earth by investigating the possible mechanisms behind early cell formation on our planet.
Over the past 80 years, SAS has burgeoned into an invaluable tool for scientific enquiry. By exploiting the natural physical phenomena of light scattering, scientists continue to uncover hidden aspects of our world, allowing us to see more, go further, and explore the unknown.