An international team of scientists, led by researchers from the University of St Andrews in the UK and Guelph in Canada, have used cutting edge X-ray and ultraviolet light studies to reveal the workings of the molecular ruler that helps bacteria to survive and outsmart the human immune system.

Lipopolysaccharide (LPS) is a major constituent of the outer membrane of Gram-negative bacteria. It is made up of two main parts; one of which, a long-chain LPS known as the O antigen, has been shown to be vital in protecting pathogenic bacteria from the hosts’ immune response. The length of the O antigen chain can be an important factor in this response; and although the components involved in chain length determination are not a new concept in biology, the underlying mechanism of this exacting control of the length of these chains was up until now poorly understood. 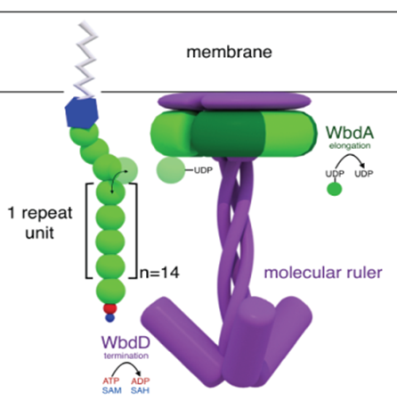 Fig. 1: Proposed model for elongation and termination of the O9a antigen. C.

Structural insight into this molecular ruler and how it can be engineered and modified to help in the fight against disease opens up a new avenue of research for scientists with exciting potential for novel drug design development in the future.

Professor James Naismith from the University of St Andrews explains the significance of this work, “The molecular ruler, which we’ve shown to be a rigid coiled-coil protein/protein complex, is critical as without it bacteria have no idea when to stop producing the long polymers that are attached to their outer membranes. The length of these sugar polymers are controlled in the same way as curtain makers pull and measure their rolls of fabric before deciding where to make their cut. It is a beautiful and elegant demonstration of form and function.”

Prof Naismith continues, “This project involved scientists from St Andrews, along with collaborators from Germany, Canada and Diamond. We used a combination of experimental techniques at Diamond, and the European Molecular Biology Laboratory (EMBL) in Germany, to piece together the structure of this molecular ruler, and crucially to prove that it is possible to change the length of it and, in doing so, change the length of the polymer. This opens up a new avenue of research whereby we can look to design drugs that interfere with the ruler. The work gives chemists something to aim for, the elegant solution to controlling polymerisation: a problem in many industrial processes.”

Dr Rohanah Hussain, Senior Beamline Scientist on the Circular Dichroism beamline (B23) adds, “This project demonstrates how important it is for scientists to draw on a variety of techniques. In this case, the team carried out structural studies with crystallography and X-ray scattering, before turning to the capabilities of intense ultraviolet light to confirm that the ruler manipulation was occurring in the manner they predicted; a crucial test of the idea.” 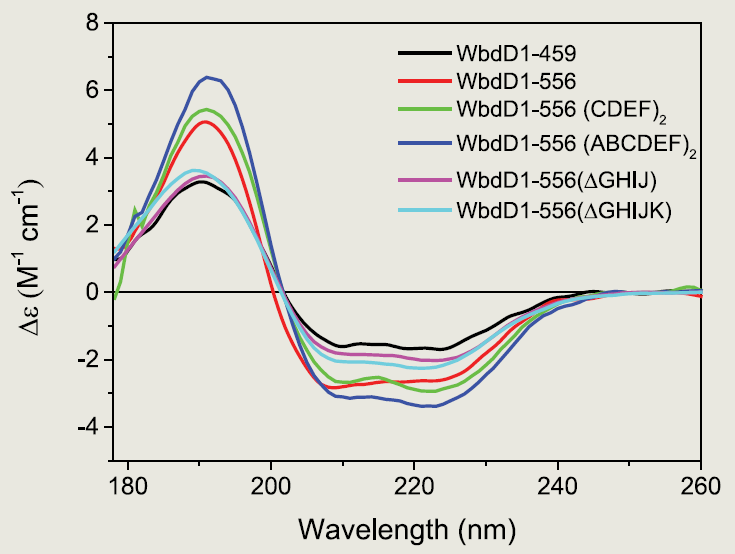 Fig. 2: Results from B23 showed the differences in the helical content of various WbdD constructs.

Prof Naismith concludes, “The work is part of my long term link with Chris Whitfield’s lab in Canada; the real credit belongs to Drs Gregor Hageluken, Brad Clarke and Hexian Huang, the lead scientists in our labs, who did the vast bulk of the experiments. It is their skilful experimental work alongside our collaborators from Germany and Diamond that made this insight possible. I want to thank the Wellcome Trust who funded this work as well as Diamond and EMBL at DESY, Hamburg for access to their facilities.”

The research findings, published in Nature Structural & Molecular Biology, represent a significant step forward in our fight against antimicrobial resistance, which currently threatens the effective prevention and treatment of an ever-increasing range of infections caused by bacteria, viruses, parasites and fungi.

To find out more about using the B23 beamline, or to discuss potential applications, please contact Principal Beamline Scientist Dr Giuliano Siligardi: giuliano.siligardi@diamond.ac.uk