Putting 'Designer Vaccines' on the map 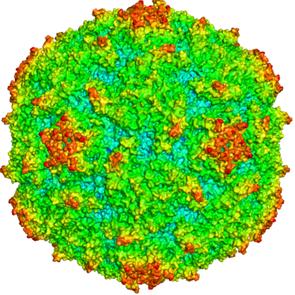 The annual American Association for the Advancement of Science (AAAS) meeting offers a fantastic platform for scientists to present their research to a varied audience including scientists from across many disciplines, and members of the public who are keen to learn about the latest scientific developments and issues that are relevant to society as a whole. Hundreds of journalists from across the globe attend the meeting, so there is the prospect of gaining some high profile media exposure on the research being presented too.

Diamond was successful in getting a science symposium into the meeting programme this year. The overall theme for 2015 was Innovations, Information, and Imaging and the meeting was held in February in San Jose, California. Entitled Designer Vaccines: Revealing the latest trends in bacterial and viral warfare, the symposium proved extremely popular. Clare Matterson, Head of Strategy at the Wellcome Trust, did a great job in her role as session moderator and guided a lively Q&A session after the main talks.

The audience, which included scientists, funding bodies and members of the general public, heard Professor Dave Stuart, from Diamond and Oxford University, talking about structurebased vaccines that are being designed with the help of Diamond to target both foot-and-mouth disease and the polio virus. He was joined by Professor Peter Simmonds from the Roslin Institute at the University of Edinburgh who reported on the latest research for engineering the immune system to exploit our natural defences. Dr Jeffrey Ulmer from Novartis gave an industry perspective and discussed how his company’s work on reverse vaccinology has enabled genomewide screening for protective antigens. He also presented work on synthetic vaccinology and how it has the potential to streamline development, enabling the rapid production of effective, safe vaccines and therapeutics. These exciting developments mean that Putting ‘Designer Vaccines’ on the map in the future we could be seeing vaccine responses to new virus outbreaks in a matter of days, as opposed to months or years.

Topics raised during questions included communicating the facts about synthetic vaccines to the public to avoid resistance due to misinformation and the likely timeframes for new vaccines coming to market.

There was strong media interest in the designer vaccines topic, particularly the research into a new synthetic vaccine for polio, and coverage was achieved via BBC Online, the Economist, the Financial Times, Voice of America and a host of other online news outlets.

In 2016, the AAAS Meeting will be held in Washington DC and the theme is Global Science Engagement. Increasingly, scientists and engineers are working both within and outside of national boundaries on local and global issues. Challenges that call for innovation and international scientific collaboration are abundant in food and water security, sustainable development, infectious disease and health, climate change, natural disasters, and energy. The meeting will address a range of issues including: what elements make international collaboration successful and sustainable?; what engagement opportunities are available?; and what are the responsibilities of researchers, entrepreneurs, educators, and policymakers in global scientific endeavours?

If you are interested in highlighting your research at the AAAS and would like to collaborate on a symposium proposal for the 2016 meeting, please contact Silvana Westbury, Diamond’s PR Manager, on 01235 778238 or silvana.westbury@diamond.ac.uk. The deadline for proposals is 24th April 2015.