Control of cell life-sustaining chemistry, so-called cellular metabolic activity, is a current target for pharmacological studies. For example, one line of research for developing novel cancer treatments is the possibility to manipulate cancer cells and interfere with their dramatic growing metabolism. To select and test new drug candidates, medical scientists need tools that allow them to quantify the effectiveness of such new molecules on cellular metabolism. Researchers have been able to achieve such information on living cells by using the Multimode InfraRed Imaging And Microspectroscopy (MIRIAM) beamline B22 at Diamond. 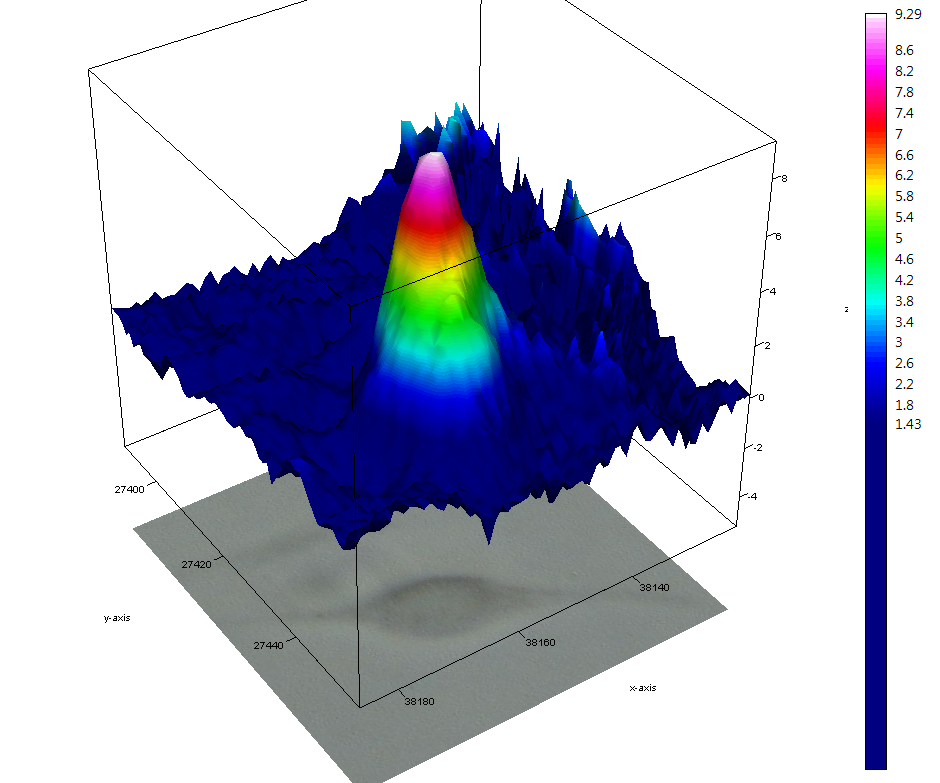 Results published in Biophysical Chemistry have shown that with Fourier Transform Infrared (FTIR) in imaging mode, it is possible to investigate biochemical processes in living cells that are related to their metabolic activity. Detailed molecular information has been thus obtained following in vivo the exchange processes between the cell and the aqueous environment where it is kept.

Two of the research collaborators from Michigan State University and Pacific Northwest National Lab had previously shown - at macroscopic level and via water isotopic composition change - that the metabolic activity of cells influences the molecular composition of the cellular environment (Kreuzer-Martin et al. 2005). With this being studied on bulk cell cultures, IR imaging at Diamond was then used to see what is happening microscopically at the single cell level. FTIR spectro-microscopy is extremely sensitive to both the molecular and isotopic composition of the sample, and it was expected that it could follow real-time activity within the cell.

The collaboration team, which included scientists from the Paul Scherrer Institut in Switzerland and the MIRIAM beamline, grew fibroblast cells in Diamond’s Cell Culture Laboratory on IR-transparent optical windows, and then moved them to a liquid cell sample holder for IR microscopy. Just before the measurement was taken, they exchanged the growth medium surrounding the fibroblasts with a new one isotopically enriched with a high concentration (close to 100%) of heavy water (D2O). Because Deuterium (D) is initially outside the cell, by monitoring IR signal changes in time it is possible to track isotopic pathways in and out of the cell. Synchrotron light was thus used over time to collect IR images and high quality pixel-by-pixel absorption spectra of the fibroblasts. 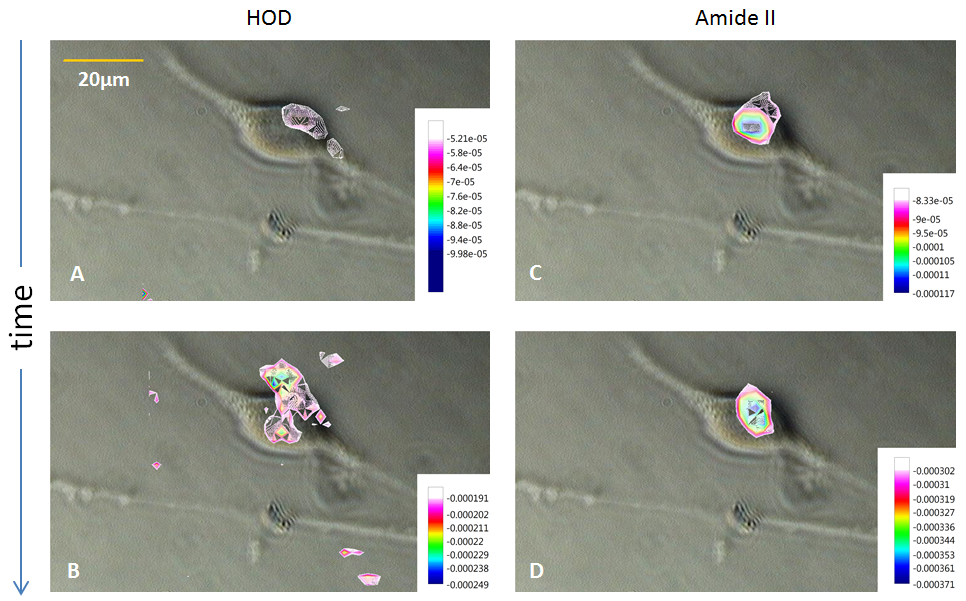 Dr Luca Quaroni, principal investigator at the Paul Scherrer Institut* said “The IR images allowed us to see how the isotopic composition of the medium surrounding the fibroblast cell was altered by cellular metabolism”. These images showed gradients of isotopic concentration (more or less H or D) forming in the proximity of the cell. The spectra also allowed the team to measure at what rate the D isotope was incorporated into the proteins inside the cell. This rate of H/D exchange, as it is formally called, is a quantity that is used to track the structural and functional properties of proteins.

This second part of the experiment is the one for which synchrotron radiation brightness and the performance of the MIRIAM beamline were critical. As Dr Quaroni explained, “B22 provides excellent signal-to-noise ratio spectra, and has a great setup for imaging experiments with synchrotron IR light. This is exactly the type of experiment we needed to perform. Some of the measurements in our work were simple, but others required as good a performance as possible, leading us to opt for this synchrotron-based imaging experiment at Diamond.”

The scientific results from the study demonstrate that synchrotron-based IR imaging on living cells can be performed, and that this approach is therefore a useful tool to study both metabolic turnover of cells and the properties of cellular proteins in vivo. This experiment can be developed into an approach for quantifying metabolism in a cell, which might be used to test the effectiveness of pharmacological treatments that are aimed at controlling cellular metabolism in vivo.

With the study of metabolic processes now possible in real time at single cell level, a wealth of new information on cell biology will become available as scientists learn to use this approach.

To find out more about using the MIRIAM beamline B22 at Diamond, or to discuss potential applications, please contact Principal Beamline Scientist, Dr Gianfelice Cinque: gianfelice.cinque@diamond.ac.uk